Middle Tennessee area, attracting new business and boasting a cost of living that is 15% lower than the national average.

Clarksville is the largest city in Montgomery County, sitting a few miles south of the border with Kentucky and 40 miles north of the Nashville International airport. According to the Clarksville Economic Development Council, Clarksville is a national leader in job growth with a robust economy generating $5 billion in capital investment and more than 7,500 jobs since 2000, Clarksville is the largest city in a four-county metropolitan statistical area (MSA) and the second-fastest growing MSA in the nation. Clarksville was also named the #1 place to live by Money.com in 2019. Founded in 1784 near the confluence of the Cumberland and Red Rivers, Clarksville was established even before Tennessee County separated from North Carolina and declared its statehood. The Customs House Museum, Fort Defiance Civil War Park, Smith Trahern Mansion, Dunbar Cave State Park, Historic Collinsville and Fort Campbell's Don F. Pratt Museum are all worth a visit. You'll also get a good sense of the city's history by simply walking around and soaking in the historic architecture that's been carefully preserved since the antebellum era. Stroll the RiverWalk or wander through Greenwood Riverview Cemeteries and find markers for Revolutionary War and Civil War heroes. The city of Clarksville offers many opportunities for free fun, including Christmas on the Cumberland, Jammin' in the Alley, Liberty Live and Movies In The Park. Beachaven Winery offers Jazz on the lawn each Saturday and Sunday from mid-May through October and the Old Glory Distillery offers music on Friday evenings. Water and outdoor enthusiasts have many options too, with the marina at Liberty Park and many outdoor greenways and blueways. Clarksville homes are varied, including single family homes, townhomes and luxury homes.

Robertson County lives up to its slogan, which is "Minutes from Nashville, Miles from Ordinary. Here you can canoe the Red River, have an old-fashioned Sunday with old-fashioned friendly service at Thomas Drugs in Cross Plains, traverse the greenway and feed the geese at J. Travis Park in Springfield, eat a fried bologna sandwich at the Orlinda general store in Orlinda, view historic homes and shop for antiques in Springfield, visit the Bell Witch Cave in Adams. If golf is your hobby or distraction, Springfield has two courses while Coopertown and Greenbrier both have one. Robertson County has 11 cities and small towns, each with their own distinct charm and character. Houses are predominantly single family with older cottages in town and small and large farms dotting the countryside.

Cheatham County offers the opportunity to enjoy a quiet ride through its winding backroads or exploring the areas unique boutiques and restaurants. If exploring the great outdoors is your thing, you will have plenty of opportunity to spend the day fishing, canoeing down the Harpeth or camping. The Cumberland River winds directly through Cheatham county, after transitioning from a lake to a river as it leaves Lake Barkley then flowing through Clarksville and on into Nashville, giving you more than one option for travel to downtown Nashville. Cheatham county is largely rural, with three primary cities or towns - Kingston Springs, Ashland City and Pleasant View. Exploring by canoe or on foot you’ll discover some of the most unique man-made features found in nature at the Narrows of the Harpeth River and Mound Bottom. In Ashland City,

you can follow the Cumberland River Bicentennial Trail or visit the Cheatham County History Museum. If boating is your thing, there are ten boat ramp/launches on the rivers in Cheatham County, and many campsites and picnic areas near the Cheatham Dam and Lake. Don’t forget to check out the farmers and artisans markets in Kingston Springs and Ashland City or take a stroll through a pickyour-own farm. Agriculture is big business in Cheatham County, and their farmers supply many of Nashville’s top restaurants. Houses are mostly single family in small towns or farms.

With its gently rolling hills, diverse employment base, thriving retail growth, and schools ranked among the best in the state, Dickson County has exploded in growth over the past decade. Easy interstate access and its close proximity to Nashville means that Dickson County is the ideal place for a laid-back rural lifestyle, just a 30 minutes away from Nashville. Dickson County is home to the Renaissance Center, a community based learning facility focused on broadening and encouraging the experience of the Arts. Here one can enjoy liive theater performances, lasses in visual arts and music, trips to the Cybersphere Theatre and Michael Faraday Science Show. There is an extensive park system and a variety of annual festivals, including Old Timers Days the first weekend in every May. The county's six incorporated towns include communities that grew up along the railroad from Nashville to the Tennessee River, as well as the historic county seat of Charlotte. Charlotte boasts the state's oldest working courthouse and at one time was in consideration to become the state capital.

Dickson is the largest city in Dickson County. It started as a stop on the railroad line between Nashville and the Tennessee River. When Union troops completed the supply line during the Civil War, the area was known as Mile Post 42, for the distance from Nashville. During the 1950s, the U.S. government launched construction of a series of interstates that would accommodate the country’s quickly growing number of vehicles. Interstate 40 was constructed through the southern part of Dickson County, just four miles south of Dickson, and Highway 46 became a new lifeline. By the 1970s, commercial growth had spread toward the interstate, which opened the City of Dickson to a new generation of travelers. Restaurants and hotels cropped up at the interchange and by the 1990s the City of Dickson had incorporated past I-40. The proximity to the interstate proved attractive to industries, and in the early 1980s, Dickson saw considerable growth in its industrial park, including attracting industries based in Canada, Japan, France, Belgium and Italy. The completion of I-840 from Dickson County to Wilson County creates a southern loop around Nashville that connects I-65 and I-24. 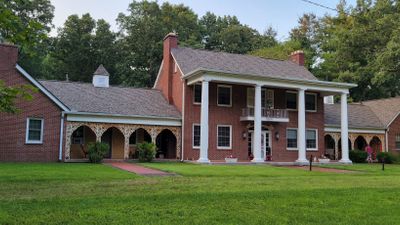 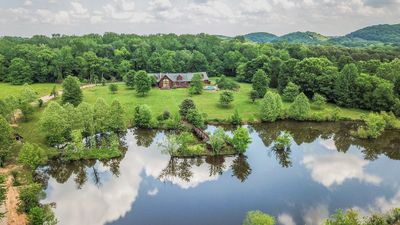