These counties are part of the Pennyroyal Region (more commonly called the Pennyrile or the Mississippi Plateau). This region stretches along the southern border of Kentucky from the Appalachian Plateau west all the way to Kentucky Lake. Characterized by underlying fossiliferous limestone, dolomite, and shale of the Ordovician geological age, you will find gently rolling hills and highly fertile soils, perfect for pastures. Although not in these counties, Mammoth Cave is also in the Pennyroyal Region of Kentucky. The Pennyroyal region is named after a small invasive herb (from the mint family) that grows there. Pennyroyal was once used by pioneer settlers and native Americans for a variety of medicinal purposes, from a mosquito and tick repellent to a tea used to induce perspiration for those with respiratory illnesses.

Caldwell County witnessed the passage of the forced migration of the Cherokee to the West on the Trail of Tears during Indian removal in the early 19th century. The Cherokee camped for several weeks in Caldwell County during the winter of 1838, mainly at Big Springs, now in downtown Princeton. By the turn of the century, a boom in dark leaf tobacco made Caldwell County a major tobacco growing area, but James Duke established a monopoly that left most local farmers in debt and angry. A vigilante force named the Night Riders was formed to combat the Duke monopoly. Their mission was to terrorize those who cooperated with the tobacco company by destroying crops and burning warehouses. The Night Riders took over Princeton one night in December 1906, burning all of the Duke tobacco warehouses. The "Black Patch Wars" came to an end around 1908. By 1950, Caldwell County had shifted from an agricultural base to industrialization. Although Caldwell County is still largely agricultural, it is home to factories such as Bremner, which is the largest private cookie and cracker factory in North America. Caldwell County is also home to the University of Kentucky Research and Education Center, a campus of the University of Kentucky's College of Agriculture. The "UKREC" in Princeton is a leader in horticultural and biological sciences.

As home to almost 75,000 residents, Christian County has the largest population of these counties. Its proximity to Clarksville, TN and the Ft Campbell Air Force base make it a choice for people commuting to those locations or even to Nashville, TN, which is about an hour away. Hopkinsville, the largest city, is home to Hopkinsville Community College and and regional campus of Murray State University. The county, with an estimated 1,171 farms covering nearly 300,000 acres, annually ranks among Kentucky’s top counties in crop revenues and overall agricultural revenues, with Burley and dark-fired tobacco accounting for about a third of agricultural revenue. This region, along with western Tennessee, produces almost all of the world’s dark-fired tobacco, used in chewing products. Throughout Kentucky, Christian County ranks second in the growing of wheat for grain; third in dark fired tobacco; fourth in growing corn for grain; and seventh in the production of soybeans. The county also ranks high in Kentucky for production of corn, wheat, soybeans, barley, cattle and hogs. Most of the grain crops are grown in the relatively flat southern half of the county, while the hilly northern half is better suited for tobacco and small farms.

Crittenden County is home to Kentucky's largest Amish community, with an approximate population of 500. You'll find opportunities to purchase cabinetry, furniture, baked goods and bulk food from your Amish neighbors. According to the latest census, about 66% of residents live on farms and 45% report farming as their primary income. Located on the banks of the Ohio, Cumberland and Tradewater Rivers, Crittenden county was once renowned for Iron furnaces (one owned by Andrew Jackson) and as a producer of the blue crystal made famous by Ball canning jars. Marion is the largest city and county seat of Crittenden County.

Livingston County has so much rich history from days of early settlement as a trading post on the Ohio river. In fact, Livingston County's claim to fame was as the site for the 1961 movie starring Jimmy Stewart and Debbie Reynolds, "How the West was Won". Present day residents of the area all know current day Livingston County for its very famous restaurant, Patti's 1880s Settlement in Grand Rivers. The 2 inch pork chops and mile high meringue pies will have you returning to Patti's again and again, but you will definitely need a reservation! Sitting on a peninsula between the Cumberland (Lake Barkley) and Tennessee (Ky Lake) rivers, Grand Rivers offers a great location for visitors to enjoy lake life along with Patti's mile high pies. The two lakes come within one mile of each other here, with Livingston County also serving as the north entrance to the Land Between the Lakes National Recreation Area. With more miles of navigable fresh water than any county in the lower 48, Livingston County offers an abundance of opportunity for fishing, swimming and recreational boating. 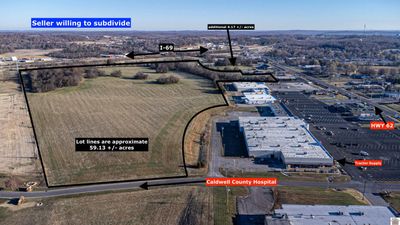 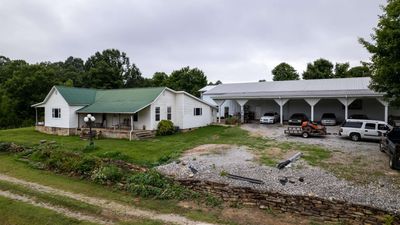 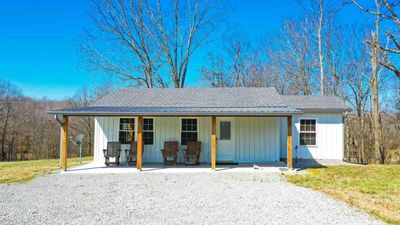